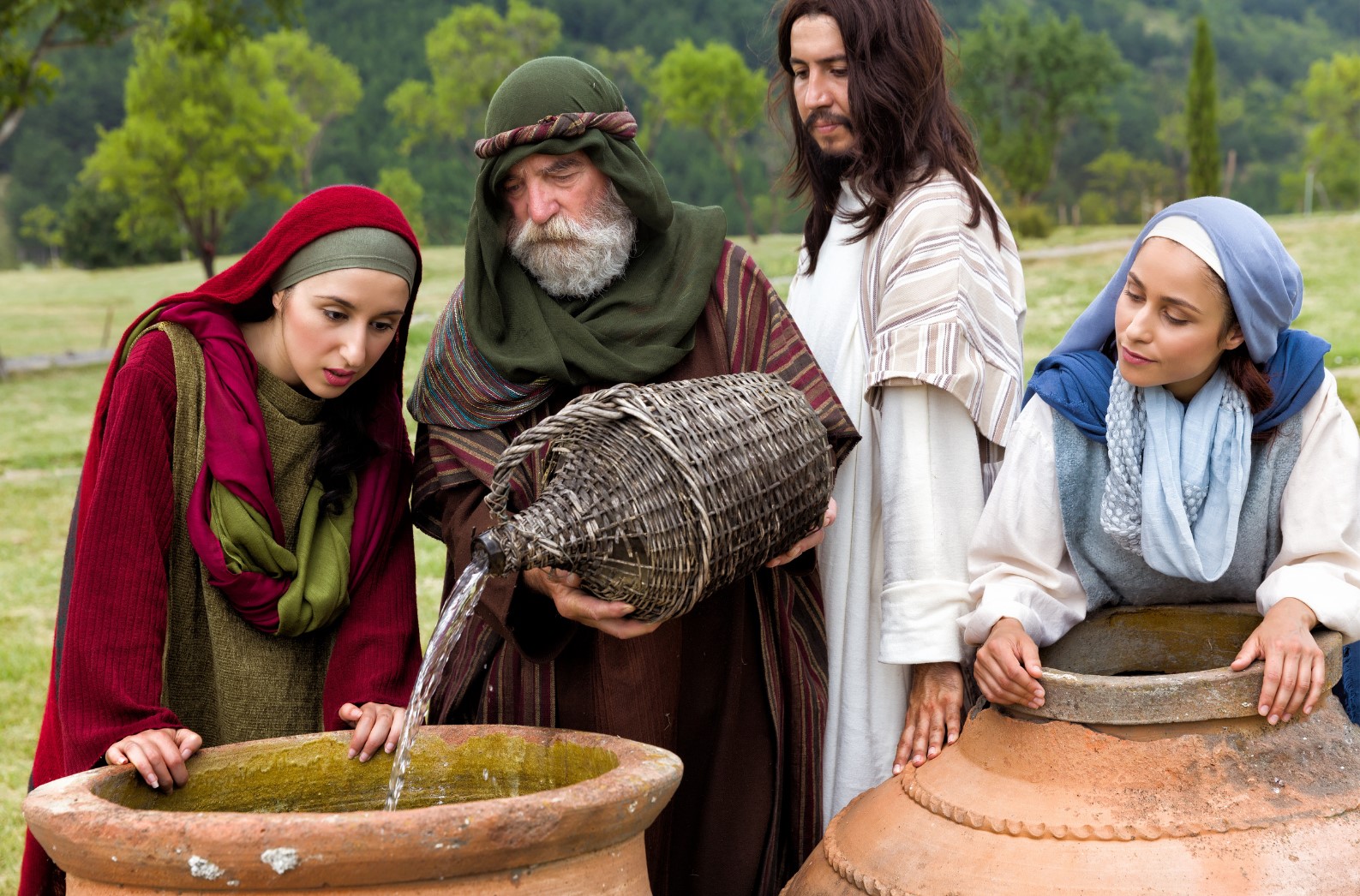 By Terry NightingaleJuly 17, 2022No Comments

“The time for ritual cleansing had passed; the time for celebration had begun” Philip Yancey, The Jesus I never knew

When we read John’s account of Jesus at the wedding in Cana in chapter 2, we cannot avoid the conclusion that the Son of God had no problem with making alcohol – wine. In fact, ‘choice’ wine, the very best (John 2: 10).

Now God doesn’t condone drunkenness, but the Saviour of the world broke all social conventions by attending dinner parties with “sinners”. Celebration seems to be part of Jesus’ DNA.

But the big question I want to ask today is: why did Jesus even do this miracle of turning water into wine? It wasn’t a life and death situation, no one needed healing, and no one was dying.

To try to answer this, let’s begin by saying that, in general, there were 3 reasons why Jesus did miracles.

In the Hollywood film Signs, Mel Gibson plays the part of a disillusioned priest whose wife died tragically about 6 years earlier and he and his children start noticing strange evidence of extra-terrestrial life. Mysterious crop circles, someone who can run abnormally fast; Signs that something is here and that something is coming.

Our Lord said that his miracles indicated that he was in the Father (and that Father is in him). He also stated that they were evidence that the Kingdom of God has come.

When Jesus referred to a Kingdom it was not describing a physical nation with armies or borders, but Something that starts off tiny but grows to be huge; something that’s right here now (in the person of Jesus) but also coming in the future; the rule and reign of a loving and just God, silently growing beyond any human domain.

When the first glass of wine was poured from stone water jars at the wedding it was a sign – the first of many that the Kingdom of God is here. How utterly appropriate it was that God’s Son would perform His first sign of Heaven’s arrival at one of our most joyous celebrations.

Jesus also loves to respond to faith. Look at Jesus’ mother in the story. She doesn’t try to persuade him: “Oh Jesus, please. Come on, I know you can do it!” She simply turns to the servants and says, “do whatever he tells you!” (v 5)

This is bold, audacious faith.

And even before that, her first sentence shows confidence in her son to solve the problem. She doesn’t go the master of the banquet, and as far as we know Jesus has not been secretly fermenting wine or stashing up a reserve supply somewhere.

Without hesitation, she simply turns to him and says, “They have no more wine.” (John 2: 3)

Mary is not panicking; she’s not getting flustered; she’s not running around like a headless chicken. Mary is confident in Jesus’ ability (and faithfulness) to bring an answer to the need. Even Jesus’ mother is inaugurating a new kingdom by expressing the one thing that unlocks its power: simple faith.

So, why did Jesus turn water into wine? Look at the water jars. Vessels normally used for ritual cleansing now contain the fruits of simple faith. A sign that religious works will soon be replaced by trust in the Living God, as His Kingdom breaks out across the known world.