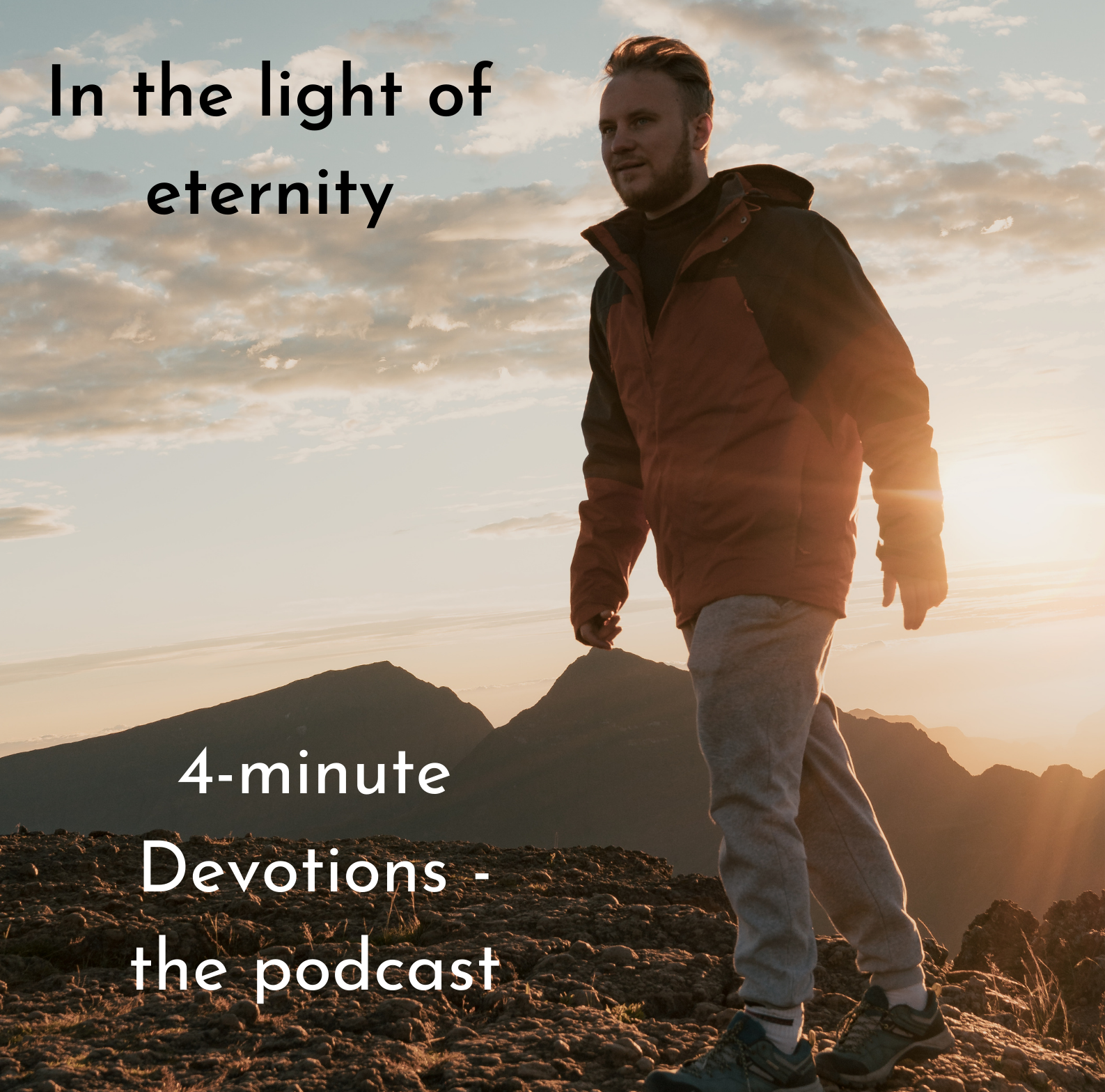 In the light of eternity

By Terry NightingaleFebruary 15, 2022No Comments

In the light of eternity

In the book of John, chapter 13 and verse 1, John tells us that “It was just before the Passover Festival. Jesus knew that the hour had come for him to leave this world and go to the Father.”

He then describes the event, after the shared meal, of Jesus washing his disciples’ feet. Although there is no explicit instruction, in John’s account, to take the bread and the cup in remembrance of him on that day, it is likely that this was the same moment in history as the ‘last supper’ recorded in the other three gospels.

Jesus knew his time had come to face the cross.

What are we like when we are expecting something? We might be excited about a forthcoming wedding, or a birthday party. Or seeing someone we haven’t seen in a long time.

Or there may be feelings of trepidation about an impending exam or medical procedure.

It would have been natural for Jesus to be preoccupied with feelings of dread as he looked ahead to the cross – for the unimaginable pain and suffering he was about to endure. But this verse doesn’t give that impression. Jesus had a different focus: He was going to leave this world and go to the Father.

Sometimes we might be glad to leave a place. A party you weren’t enjoying or a job you were glad to put behind you. There is no sense, however, that Jesus was desperate to ‘get out of there!’ Rather, He recognised that He now had limited time to teach his disciples some essentials before He dies. Hence his powerful demonstration of servant leadership in the washing of his disciples’ feet.

Jesus also knew that He was returning to his Father. Heb 12: 2 tells us more, describing Jesus as the author and perfector of our faith and the one, “who for the joy that was set before him endured the cross”.

Jesus was returning to the Father and was anticipating great joy. Why? Because His death and resurrection will open a door for sinners to become children of God. Not only is he going back to the complete, incredible relationship he had with his Father from eternity past, but He is bringing human souls with him. People he died for, cleansed, spotless, made righteous, without blame, healed and delivered.

Are you looking forward to being with the Father too? Or do you only think about your limited life here?

When Paul wrote to the Corinthians with detailed instructions as to how to share the last supper, he taught them to take the bread as a reminder of Christ’s body, broken for them and he reminded them of Jesus’ blood, symbolized in a cup of wine. He then added, “whenever you eat this bread and drink this cup, you proclaim the Lord’s death until he comes” (1 Cor 11: 26)

In other words, just as Jesus eagerly looked towards better days ahead (his reunion with the Father and salvation for all who believe), we celebrate communion by viewing the future with great hope of his return and eternity with him. We proclaim His death until He comes.

We have a glorious destiny: life with Jesus by His Spirit now, and face to face when we die (or when He returns). What would it look like to live in the light of that truth every day?

Suggested prayer: Thank the Lord for dying on the cross for you. Think about the elements of bread and wine or grape juice and what they represent in the accounts of the crucifixion. Then thank Him for His resurrection, the hope of His return and your own promised resurrection.