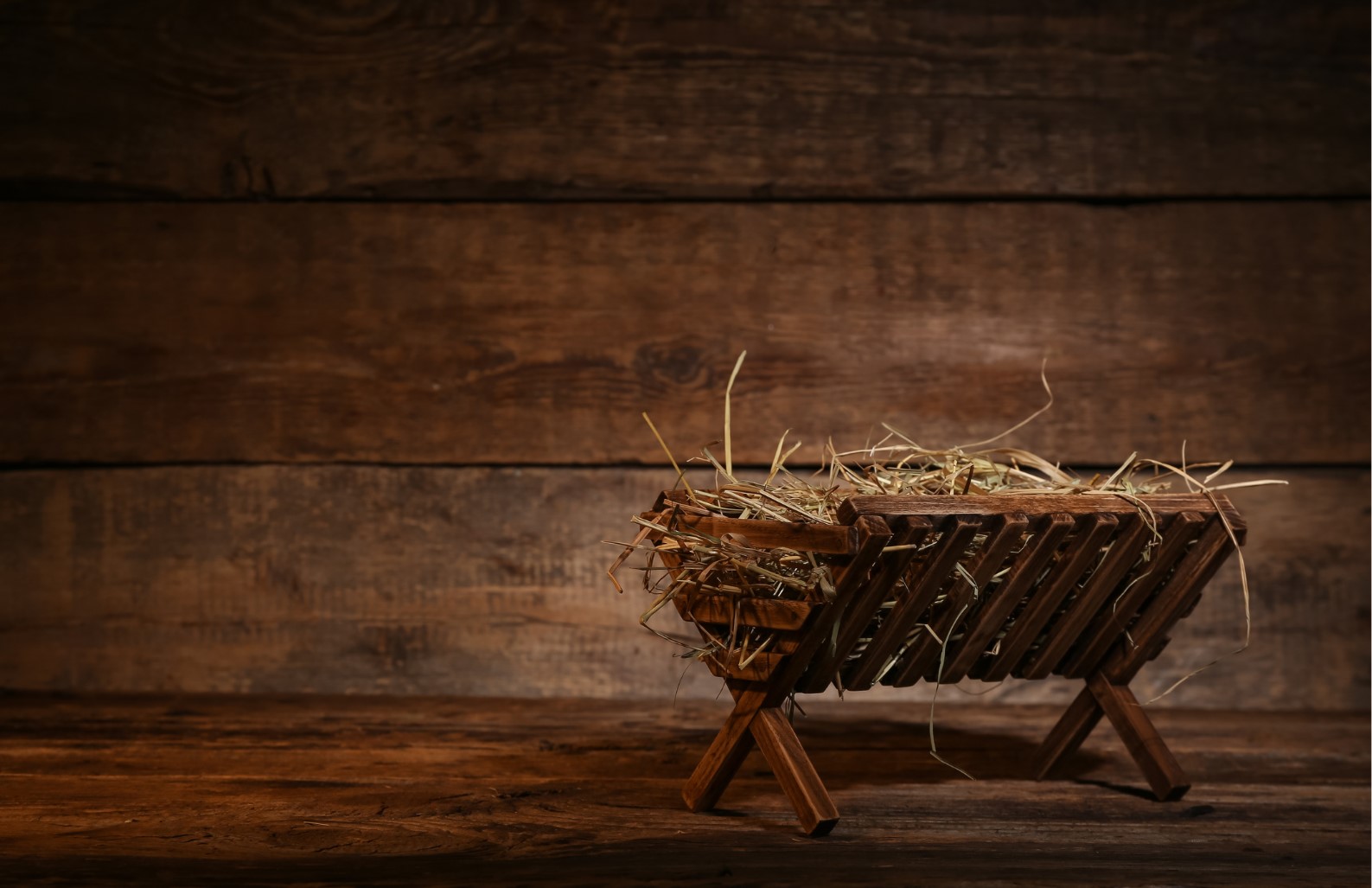 From a feeding trough to a final supper

By Terry NightingaleDecember 23, 2022No Comments

“So Joseph also went up from the town of Nazareth in Galilee to Judea, to Bethlehem the town of David, because he belonged to the house and line of David. He went there to register with Mary, who was pledged to be married to him and was expecting a child. While they were there, the time came for the baby to be born, and she gave birth to her firstborn, a son. She wrapped him in cloths and placed him in a manger because there was no guest room available for them.” (Luke 2: 4 – 7)

What do we know about the place where Mary gave birth to Jesus? Not a lot!

·      Was it a stable, a cave, a barn? We don’t know, but it was certainly a place where the animals were kept for the night

The child was placed in a manger – a feeding trough for domestic animals.

Mary wrapped the newborn baby in strips of cloth to keep him warm. 33 years later the man, Jesus would take off his outer garment, freeing himself from its incumbrance, in order to take water and a basin and wash his disciples’ feet – something a Rabbi/teacher would never do. Later, soldiers would cast lots for his clothes as he hung on the cross.

The baby who was born became the man who died.

The angel had said, he will save people from their sins – he will set us free from that part of us that wants to disobey God

When Jesus hung on the cross, he took a punishment for sin and disobedience that he did not deserve, but we do deserve.

Jesus’ journey took him from the banquets of Heaven to a baby in a feeding trough to a final supper with his disciples and then death on a cross.

But, just as any newborn is a miracle, the best miracle was to come – Jesus rose from death. He came back to life and returned to the banquets of Heaven.

The greatest story ever told.