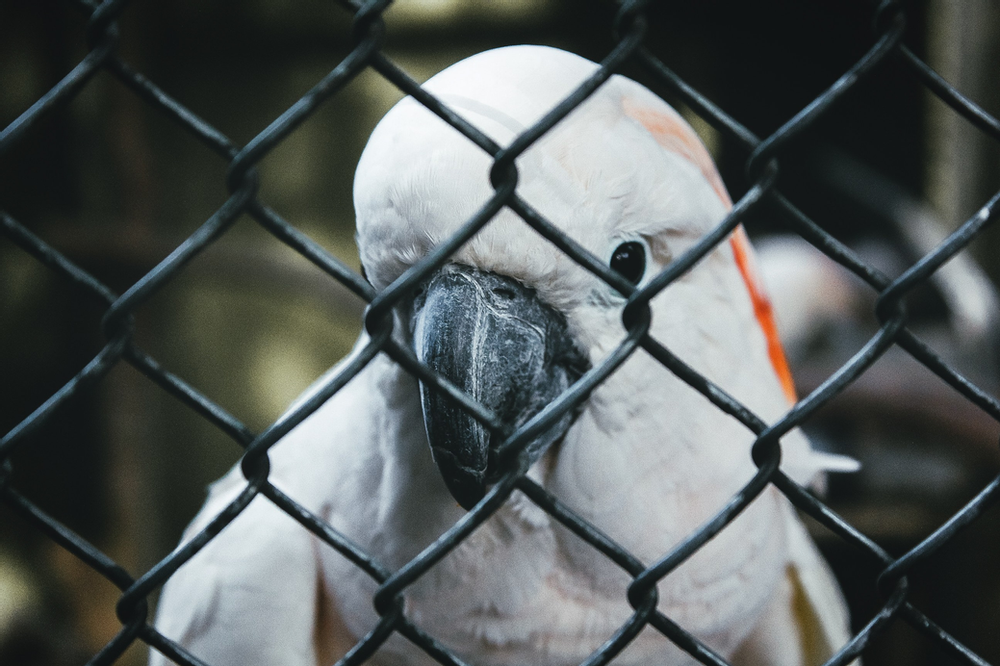 Bird in a Cage

King Hezekiah was the 13th King of Judah.

Within just a few years of Hezekiah’s reign, the Northern Kingdom (Israel) was completely ransacked by the Assyrians and the people deported to Assyria, never to return. Israel was gone and only little Judah remained.

What do we know about King Hezekiah? For starters, he did not come from a Godly home. His father Ahaz worshipped Baal and even sacrificed two of his children in the fire as part of his ‘worship’. But Hezekiah was different. It may have been because of a godly grandfather (Jotham) or just simply the grace of God, but Hezekiah wanted to serve the same Lord as his famous ancestor, David.

The new king reopened the temple doors, reinstalled the priests and led the nation of Judah to its biggest Passover celebration since the temple was built in Solomon’s day (2 Chron 30). Hezekiah restored the nation to faith in God and destroyed the places of worship given over to false idols.

But then the unspeakable happened. ‘In the fourteenth year of King Hezekiah’s reign, Sennacherib king of Assyria attacked all the fortified cities of Judah and captured them’ (2 Kings 18: 13)

The first thing Hezekiah did was to try to buy Sennacherib off by giving him silver from the temple and treasures from the royal palace. But to no avail. The king of Assyria kept coming towards the capital city, Jerusalem.

Next Hezekiah tried to block off all the water from the Assyrians and channel it into underground tunnels under Jerusalem. He strengthened the city walls, built towers and forged large numbers of weapons and shields, but Sennacherib, King of Assyria kept coming.

Eventually, Sennacherib’s field commander arrived at the city gates and the taunting started. Everybody heard it. ‘You all think you have strength and military might, but you are no match against us. Your neighbour, Egypt cannot help you and Hezekiah himself does not have his god’s favour. Your king tells you to trust in his god; do not listen, he is deceiving you. You and your king are trapped, like caged birds’ (2 Kings 18: 19 – 22, 28 – 30, my paraphrase).

If you are a follower of Jesus, have you ever felt the devil saying something like that to you, too? ‘You cannot succeed, and nobody can help you. God has given up on you and you can’t trust your leaders. You are trapped, like a bird in a cage. Give up now.’

But Hezekiah didn’t give up. He stopped trying to think of his own solutions and he finally did what he should have been doing all along. He prayed.

‘Lord, the God of Israel, enthroned between the cherubim, you alone are God over all the kingdoms of the earth. You have made heaven and earth. Give ear, Lord, and hear; open your eyes, Lord, and see; listen to the words Sennacherib has sent to ridicule the living God.
It is true, Lord, that the Assyrian kings have laid waste these nations and their lands. They have thrown their gods into the fire and destroyed them, for they were not gods but only wood and stone, fashioned by human hands. Now, Lord our God, deliver us from his hand, so that all the kingdoms of the earth may know that you alone, Lord, are God’ (2 Kings 19 v 15 – 19).

In one brief prayer of desperation, Hezekiah reminded himself where God is, who God is, the extent of His kingdom and what God can do. He invited God into his dire situation, and he prayed that his God be glorified.

That night God turned the situation around and Hezekiah and Judah lived to see another day.

Maybe God can turn your situation around too. Is prayer your last resort, or the first?

Suggested prayer: Spend a few minutes reminding yourself where God is, who God is, the extent of His Kingdom and what God can do. Invite God into your situation and pray that He is glorified in the situation.