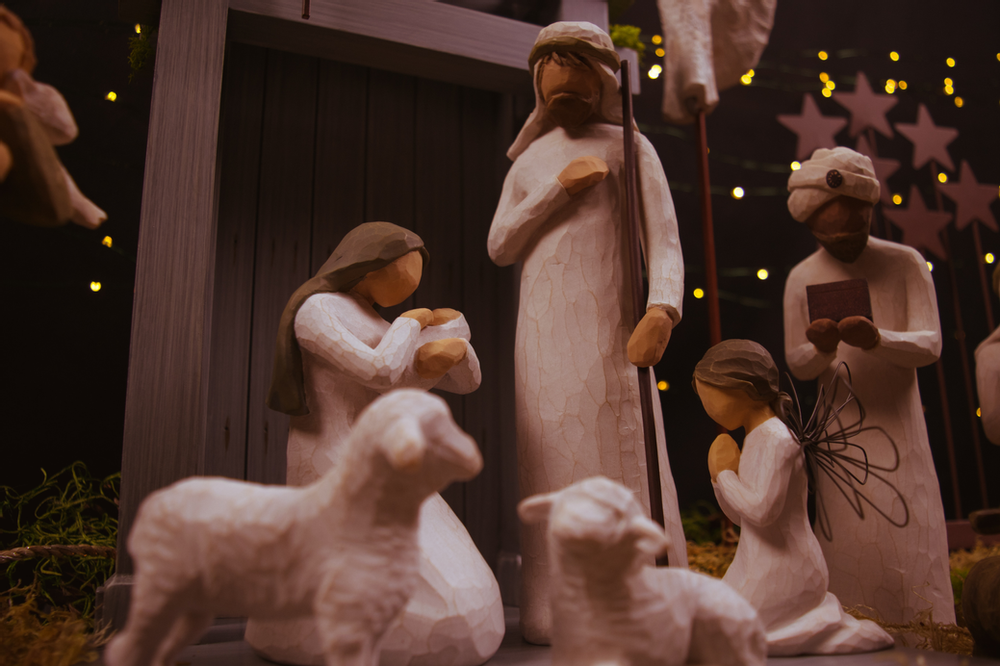 We often see these on Christmas cards and in churches. Mary is crouched down beside the newborn Jesus who is lying in a straw-filled manger. Joseph, her husband, leans over close to her shoulder and then, further out, a handful of shepherds with their sheep and lambs look on in wonder. On the opposite side to the shepherds, Magi, dressed in expensive robes and embroidered turbans present their mysterious gifts.

Everything is arranged and posed for the perfect photo opportunity.

The original Christmas events, of course, were nothing like this! The Magi likely arrived some considerable time after the birth (up to two years), so they never met the shepherds. Having just given birth, Mary probably did not feel like smiling for the camera; and then there would have been the smell! A variety of animals in close proximity to everything that comes with them.

But what the scene does show us is a snapshot of the kind of people God loves to bless and include in His plans.

Nine months before, Mary, a young and innocent teenager, had said ‘yes’ to God’s announcement that the Holy Spirit will grow a new life within her, even though she faced the risk of being shamed and losing her husband-to-be, Joseph. In an extraordinary moment, when we might imagine the angels in Heaven holding their breath in anticipation, she simply said, “May it be to me according to your word” (Luke 1: 38).

We meet Joseph in Matthews gospel after he has found out the news. The feeling of betrayal in his heart would have been overwhelming, but even before the angel fills him in on the details and puts his mind at rest, his plans to call off the wedding are filled with genuine kindness and compassion. This descendant of David has a heart like God’s.

They do get married, of course, and head towards Bethlehem to fulfil the requirements of the Roman census. On the night of the birth, local shepherds also have an encounter with an angel, and then many more. Why would God choose them? Shepherds were not found in the upper echelons of society. God made his announcement to the humble.

Finally, stargazers from another land were drawn to the Christ-child. For reasons known only to them, they were compelled to honour the boy and his parents with gifts that speak of royalty (gold), relationship with God (frankincense was burned in the temple) and a message that, somehow, his death will be important (Myrrh). The Magi were seekers and worshippers. They were people who recognised God’s leading and simply obeyed.