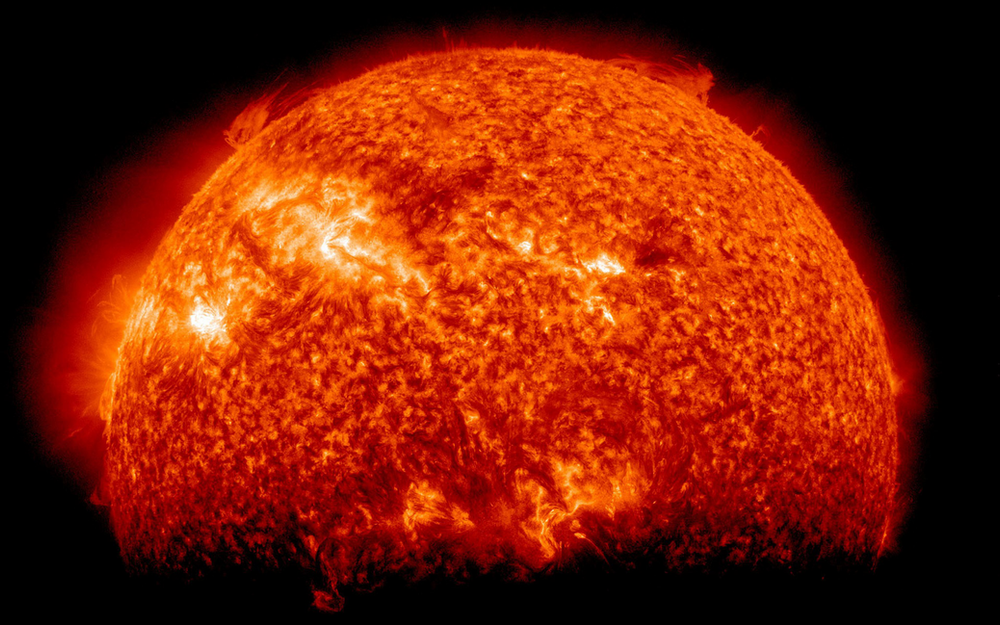 Our sun is one giant nuclear fusion reactor.

Nuclear fusion occurs when two or more atomic nuclei combine to form bigger nuclei with the subsequent release of enormous amounts of energy. God invented it and it has kept our planet warm for thousands of years.

Jesus said that if two or more people come together in one place in His name, He is with them (Matt 18: 20). The King of kings, Lord of lords, image of the invisible God is present.

When the early church met for prayer, when two or more gathered to call on God, following opposition to the Apostles preaching Christ, risen from the dead, God sealed His approval by pouring out His Holy Spirit and shaking the building (Acts 4: 23 – 31).

Power is released when God brings two or more together.

So, what kind of prayer stirs God to shake a building and release His power? Perhaps examining the prayer in more detail will shed some clues.

First, they prayed together, ‘they raised their voices together in prayer’ (Acts 4: 24). Prayer is not a private thing here; it is a community activity. Hearts and wills are combined to seek the face of their Creator. And the first thing the community did as one voice was to declare God’s sovereignty and creative power: “Sovereign Lord,” they said, “you made the heavens and the earth and the sea, and everything in them” (v 24).

Next, they declared and prayed Scripture. They didn’t just quote their ancient texts or try to name and claim a promise, but carefully listening to the whispers of the Spirit, God imparted faith to them in that moment of time to apply Psalm 2 to their situation:

“‘Why do the nations rage
and the peoples plot in vain?
The kings of the earth rise up
and the rulers band together
against the Lord
and against his anointed one.

Then with hands held in unity, eyes on the greatness of God and thoughts on the unchanging promises of Scripture, they brought their requests to the risen king: “Enable your servants to speak your word with great boldness. Stretch out your hand to heal and perform signs and wonders through the name of your holy servant Jesus” (Acts 4: 29)

God more than answered their prayer.

Like a fusion reactor in the heart of the sun, God marks His presence and releases His power when two or more combine together. Why would that be, particularly when it comes to prayer?

Perhaps the answer is given by Jesus, just seconds before his declaration about two or three coming together in His name. He said, “if two of you on earth agree about anything they ask for, it will be done for them by my Father in heaven” (Matt 18: 19).

Where two or three seek God in unity and discern His will together, when agreement is found in the place of prayer, ‘it will be done for them by my Father in heaven’. The power of praying together is agreement. Holding hands in unity, with every eye on the greatness of God and hearts seeking His Word as one, seems to be an important key in experiencing the breakthrough power of God.

Suggested Prayer: Are you looking for God to answer a prayer or breakthrough in an area of your life? Perhaps a key might be found in praying with another or a group of people who will seek God with you and discern His will together.